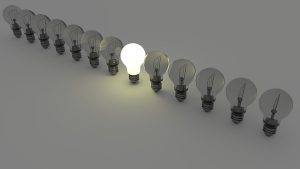 Article: It’s time to get rid of reverse mentoring

In a culture where continuous, on-the-job learning for all ages is encouraged, the term ‘reverse mentoring’ is archaic and potentially damaging. But why exactly is this the case?

With a multigenerational workforce being the norm nowadays, does the term ‘reverse mentoring’ have a place within it? The first article mentioned above talks about “the alliance between juniors and seniors” – should we not already be working in alliance?

In the suggested article, Charles Deakins points out that the term “reverse mentoring” is archaic and should not be in use, arguing also that it contradicts the goal and challenge of promoting increasingly multigenerational and inclusive workplaces. The idea implicit in the concept of reverse mentoring may even, if misused, result in potential cases of age discrimination. The author proposes to simply use the term “mentoring”, which describes a learning relationship involving two people. This notion is further reinforced with the term “people-related initiatives” to foster mutual engagement and learning in the workplace. A task which, according to the author, is the responsibility of any human resources department.

In practice, reverse mentoring uses the same principles and processes as any formal mentoring relationship. The major difference to traditional mentoring is that due to his/her age the mentor might not be considered to have enough experience to be a mentor. So, why are we including this reverse mentoring concept together with the concept of senior entrepreneurship? The following article might help you get thinking about a possible answer.

The European Commission support for the production of this publication does not constitute an endorsement of the contents which reflects the views only of the authors, and the Commission cannot be held responsible for any use which may be made of the information contained therein.

Not a member yet? Register now

Are you a member? Login now