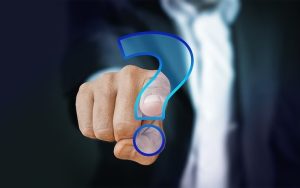 Fowler (2000) defines three types of activities that he describes as ‘socially entrepreneurial’:

Thalhuler (1998) distinguishes between for-profit and non-profit entrepreneurs in the following way:

The primary objective of a Social Entrepreneur is a priority to have a socially useful activity, often because he/she has detected a gap that neither the market nor the public sector satisfies. These different experiences are very much linked to the economic and social context. Terms such as social inclusion, biodiversity, and fair trade have been at the origin of many social enterprise initiatives for several years.

1.The Social Entrepreneur’s project is usually based on the development of a community, which plays a very important role in getting the project off the ground

2.The European EMES Network (www.emes.net) brings together university research centres and individual researchers recognised for their work on the social and solidarity economy. It distinguishes four economic and five social criteria that are advantageous for a socially situated entrepreneurial path. The advantage of this is that both economic and social criteria are combined.

– continuous activity of the production of goods and/or services,

– a high degree of autonomy,

– an explicit service offered to the community,

– an initiative from a group of citizens,

– decision-making power not based on capital ownership,

– a limitation on the distribution of profits.

These economic and social factors are part of the framework of social entrepreneurship and are meaningful in both respects.

To complete the question of meaning and development, other advantages of social entrepreneurship can be mentioned:

The European Commission support for the production of this publication does not constitute an endorsement of the contents which reflects the views only of the authors, and the Commission cannot be held responsible for any use which may be made of the information contained therein.

Not a member yet? Register now

Are you a member? Login now